The Free Presbyterian Church of Scotland is a Psalm-singing Reformed Church with congregations across the world. It is committed to the inspiration of the whole Bible and the gospel of the Lord Jesus Christ, the only Saviour from sin. 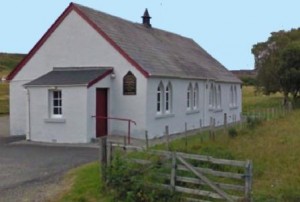 As the constitutional heir of the historic Church of Scotland, the Free Presbyterian Church traces its Scriptural roots through the Scottish Reformation to the New Testament itself. It seeks to uphold a full testimony to Reformed doctrine, worship and government:

With written and audio content, the website seeks to defend, explain and commend the Christian faith in the distinctively Reformed context which Scripture requires for all Churches everywhere. A good place to begin finding out more is at About Us. 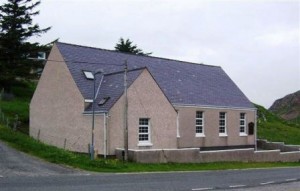 The Church’s magazines for June 2022 are available at the following links: 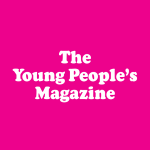 The Synod of the Free Presbyterian Church of Scotland met in Inverness on Wednesday 18th May 2022 desires to place on record its protest against the proposed Declaration of Friendship between the Church of Scotland and the Roman Catholic Church.

The Synod records its deep sorrow, regret and protest at the recent statement issued by the Church of Scotland on unity with the Roman Catholic Church. This Declaration of Friendship marks a new low point in unfaithfulness to the Lord Jesus Christ by a professed branch of the Christian Church in Protestant Scotland. For those who profess love to Christ to enter into friendship with His greatest enemies demonstrates the deepest spiritual ignorance, folly and insincerity. For the national church of a land previously liberated from the tyranny of the Papacy at the cost of the martyrdom of many of Christ’s dear saints now to claim friendship with the system which shed their blood is an outrageous betrayal of the Saviour Himself and His slain saints.

The Synod recalls now, as previously in its Resolution on Reformation Attainments and the Church’s Relation Thereto in 1910, that “Scotland had been for centuries sunk in ignorance, superstition, physical degradation, and spiritual slavery (a state of things which always obtains in nations under the baneful yoke of the Papacy), till set free from that galling bondage by the First Reformation. Efforts were made from time to time by one person or another who had become more enlightened than his neighbours, to spread rays of Gospel light among the people, but the Papists, who had supreme power in civil and religious matters, cut off, by the most cruel death, everyone who had the courage to speak a word against the idolatrous faith and worship of the Church of Rome. This absolute power which she possessed was used with a vengeance to keep the light of God’s truth from the people.”

The Synod also reasserts its position that the system of the Roman Catholic Church is the greatest embodiment of the antichrist, and that the office of papacy is that man of sin and son of perdition, “Who opposeth and exalteth himself above all that is called God, or that is worshipped; so that he as God sitteth in the temple of God, shewing himself that he is God” (2 Thessalonians 2:4). It also reasserts its Biblical opposition to the doctrines and system of antichrist (so grossly injurious to the honour of the Lord Jesus Christ the only Mediator between God and man) including the worship of Mary, the blasphemous sacrifice of the mass, and the claimed headship and infallibility of the Pope.

The Synod calls upon all who profess to love and serve Christ to honour Him by obeying His own command to have no fellowship with the unfruitful works of darkness such as the antichristian system of Roman Catholicism, but rather to reprove them (Ephesians 5:11), and to heed the call to “Come out of her, My people, that ye be not partakers of her sins, and that ye receive not of her plagues. For her sins have reached unto heaven, and God hath remembered her iniquities” (Revelation 18:4,5).

The Synod also urges the Church of Scotland to refuse this Declaration of Friendship due to be presented at the forthcoming meeting of the General Assembly, and to consider that the very proposal of such a declaration is itself a loud call to repentance since it demonstrates how far the Church of Scotland has departed from the Protestant faith, Reformation attainments, and faithfulness to the Lord Jesus Christ and His truth.

The Outreach Committee have a limited number of Bibles available for free distribution to people in the United Kingdom who do not have a Bible of their own. These English Bibles are in the Authorised (King James) Version.

To request a free Bible, please write to Rev J B Jardine by email:

A young man was once under great concern for the salvation of his soul. “What can I do?” was his earnest question. “Believe on the Lord Jesus Christ,” he was told. “Yes,” he replied, “but where can I find Him?” “Find Him in the Word of God,” he was told. He took his Bible, and began reading at the beginning of the New Testament. He had not reached the end of the first chapter, before He found the Saviour he so needed, in Matthew 1:21, “And she shall bring forth a son, and thou shalt call His name JESUS: for He shall save His people from their sins.” After that, the Bible became that man’s most precious and treasured possession.

Please note that these Bibles are for personal use only, and are not for resale.