The Synod of the Free Presbyterian Church of Scotland met at Glasgow on Wednesday, 21 May 2014 resolves to place on record its most serious and determined opposition to the principle and the proposals of the Scottish Government respecting Scottish Independence. 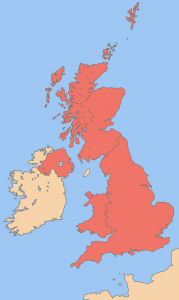 The Synod is mindful of the unprecedented constitutional revolution, crisis and disruption which the choice of the nation for Scottish Independence in the forthcoming referendum would necessarily instigate.

The Synod is further conscious of the most solemn obligations that the office-bearers of the Church are under to assert, maintain and defend the doctrine, worship, discipline and government of the Church of Scotland together with all her rights and privileges.

Seeing that these rights and privileges are secured by the statutes of the realm, the constitution of this country, as unalterably settled by the Treaty of Union and by the oath, inviolably to maintain and preserve the same, required to be taken by each Sovereign at accession, as a condition precedent to the exercise of the royal authority,

We do hereby resolve to place on record for the information of our people and of the rulers and people of Scotland this our emphatic opposition to Scottish Independence.

The Synod taking these reasons into solemn and prayerful consideration resolves therefore to appeal directly to the rulers and people of Scotland, to reject the proposals for Scottish Independence and to vote against them in the forthcoming referendum.

See also Four Reasons for a No Vote.