Home / About Us / What We Contend For / Distinctions between Male and Female / Long hair for women and short hair for men / If a Woman have Long Hair, it is a Glory to Her 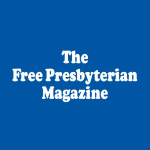 Will our sisters in Christ – the younger ones especially – suffer a few words of exhortation and entreaty? A new fashion has come up in the world that knows not God, and many who do know Him are following it. The new fashion is called “bobbing the hair.” No Christian would willingly grieve the Lord! and assuredly none would knowingly disobey His Word. But “Evil is wrought by want of thought as well as by want of heart.” If we could accustom ourselves to say, “Lord, what wilt Thou have me to do?” before taking any steps in life, we should never make mistakes. But how frequently do we forget that we are persons under authority, and then we act as from ourselves, or follow the habits of those around us.

Why should those who have been redeemed at the infinite cost of the precious blood of Christ, and placed under His lordship, enslave themselves to the fickle tastes of this poor restless world? The human family having thrown off God is a seething mass of restlessness and discontent (Isa. 57:20-21). No satisfaction can be found. Nothing pleases the mind long, so that those who cater for the world’s amusements and fashions have to keep their brains continually on the rack in order to provide something fresh. But why should Christian women fall victims to all this? Why should they at one period dress so capaciously that with difficulty they enter a door; at another wear garments so long that they scavenger the streets and stairways as they go about; and yet at another wear dresses cut so low at the top and so short at the bottom and in the sleeves that they are scarcely decent? Why copy such foolish extremes? And why should Christian women rid themselves of their hair because misguided, unconverted neighbours do it? Has God’s Word nothing to say concerning these things?

Let us turn to 1 Cor. 11:3-16. Here the Apostle is showing the relative positions of man and woman in the Churcn and in the world, with the behaviour that is seemly for both. In verse 15 we read – “If a woman have long hair, it is a glory to her: for her hair is given her for a covering.” This one passage should suffice for all who wish to please God. The woman’s long hair is her glory, given to her by God; why should she cast her glory aside? In verse 6 we are told that it is “a shame for a woman to be shorn or shaven.” The new word “bobbed” is only another way of saying “shorn.” Thus a “bobbed” woman is a disgraced woman! Surely a very serious consideration for all who fear God! What will the Lord say to our sisters about this when we all stand at His judgment seat? (2 Cor. 5:10).

Turn now to Luke 7:36-50. It was one of the most delightful moments in our blessed Lord’s experience on earth when the woman that was a sinner crept to His feet, shedding tears thereon, anointing them, and then wiping them with the hairs of her head. He felt that in her He had one who understood Him, and who appreciated His grace to sinners. The Pharisee who bade Him to his house doubtless provided a feast for His body, but the sinner at His feet furnished what He valued far, far more, a feast for His heart. All the courtesies which the Pharisee in his blindness neglected to give the Lord were more than supplied by the weeping penitent. But where would our present-day defaced sisters have been in such a scene? What service could they have rendered the Lord in their unnatural condition?

Let us glance next at John 12:1-8 and Matthew 26:6-13. What a suggestive picture of communion and worship these passages present to us! In the woman of Luke 7 we have the appreciation of a sinner; in Mary we have the adoration of a saint. She was not only grateful to Him for having restored to her her brother (Martha was grateful also), but she apprehended something of the glory of His person, and she felt instinctively that danger hovered around Him. Accordingly both her money and her hair (her glory) were laid at His feet. No tears were shed, for there was no question of contrition at such a moment; it was the precious ointment that was poured upon His head according to Matthew, and upon His feet also according to John. She “wiped His feet with her hair, and the house was filled with the odour of the ointment” (John 12:3). Disciples might murmur at what they considered waste. He valued the deed exceedingly. See what He says about it in Matthew 26:13 – “Verily, I say unto you, wheresoever this gospel shall be preached in the whole world, there shall also this, that this woman hath done, be told for a memorial of her.” How strangely ill at ease our poor shorn sisters would have been had they been present in the Bethany home that day!

The new mode is only one of the many symptoms of the universal revolt against every form of divine order. The restlessness of women in the outside world should have a warning effect upon those women who have been saved by grace. The refusal to utter the word “Obey” in the Marriage Service, the wearing of men’s apparel when cycling, the smoking of cigarettes, and the “bobbing” of the hair are all indicative of one thing. God’s order is everywhere flouted. Divine forbearance tolerates the growing evil for the present, but the hour of divine intervention in judgment approaches fast. Let us who have tasted His matchless grace find pleasure in doing His holy will. “Whatsoever ye do, do all to the glory of God” (1 Cor. 10:31). “Whatsoever ye do in word or deed, do all in the name of the Lord Jesus, giving thanks to God the Father by Him” (Col. 3:17). “Who can find a virtuous woman? for her price is far above rubies” (Prov. 31:10).

[This tract by Mr W W Fereday was published under the title, Bobbed Hair: Is it well-pleasing to the Lord?, and was reprinted in the Free Presbyterian Magazine, November 1927.]