Home / About Us / What We Contend For / The Authorised Version

The Authorised (King James) Version of the Bible is used exclusively throughout the English-speaking congregations of the Free Presbyterian Church of Scotland. This is based on the belief that it is the most accurate and faithful version of God’s Word available in the English language today. 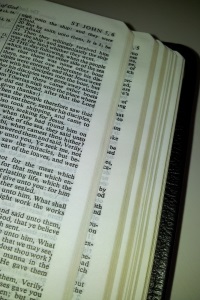 Most Bible translations today reject either or (more usually) both of these principles.

The following articles make for much interesting reading, and support the position that in the English language only the Authorised Version should be used.

The 2015 Synod passed a resolution on Versions of the Bible which can be found at this link.